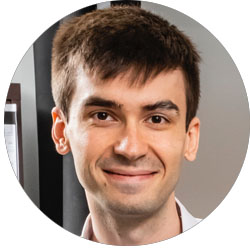 Ivan Papusha is a computational scientist and engineer. He is currently a senior analyst and subject matter expert in Washington, D.C., with over a decade of research and development experience in autonomous vehicles, air and space systems, and artificial intelligence. His (continuing) mission: to seek computational craftsmanship—the kind of insight and practical undertaking that pleasingly melds the computational and human worlds.

He has a PhD from Caltech, and BS and MS degrees from Stanford University. He is a recipient of the NDSEG Fellowship, a member of IEEE, and the founder of Subgradient.